OK, here we have basic explanations for the various additional protective devices on offer - hopefully without too much technobabble!! 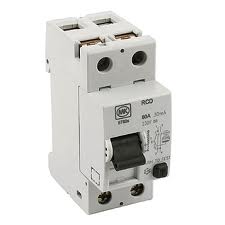 RCD - Residual Current Device - It’s a safety device that automatically switches off the electricity if there is a fault. It’s far more sensitive than normal fuses and circuit breakers. It can be a lifesaver, reacting as fast as lightning, to prevent electricity causing a fatal shock.

An RCD constantly monitors the electric current flowing along a circuit. If it detects electricity flowing down an unintended path, such as through a person who has touched a live part, it will switch the circuit off instantly, reducing the risk of death or serious injury.

RCDs can help protect you from electric shock in potentially dangerous areas such as bathrooms and gardens. Using electricity when you may be wet significantly increases the risk of electric shock.If you are wet and make contact with the ground, it’s easy for electricity to flow through you. So it’s very important to have RCD protection when using electrical equipment in these areas. If you don’t, a job like mowing the lawn could turn into a deadly disaster should you cut the lead. The RCD is fitted with a mechanical function or "Test" button - this should be tested quarterly! 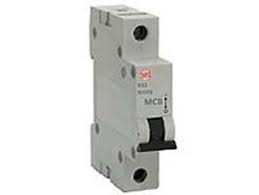 MCB - Mechanical or Miniature Circuit Breaker - This simple switch trips out in the event of any overcurrent - just like an old style fuse would blow. Usually each circuit on a modern fuse board has one of these, with different ratings for different applications (Lights, cooker etc) 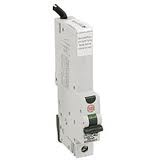 RCBO - Residual Current Device with Overcurrent -  the best of both worlds! Both an RCD and an MCB in one! The RCBO also has a mechanical function or "Test" button - this should also be tested quarterly!